In 1767 David Reynolds bought about four acres of land from Beniamin Cooper of Hibernia. The deed states that Cooper had bought the land from one John Hackett in 1765 and further states that the land was located in Hackettstown! This leads us to one of the most intriguing questions concerning our town – how did the town acquire its name?

Hackett operated the Union Iron Works in what is now High Bridge for them from about 1749 until 1760, when he took over the management of the Andover Furnace near Waterloo. He was twice acting governor of New Jersey and was one of the first trustees of the College of New Jersey, which is now Princeton University.  John Hackett’s influence was such that by 1769 the town of HACKETTSTOWN was on the map.

On March 1, 1853, Hackettstown became an incorporated town upon passage of a bill by the State Assembly.

The Board of Trade had been active for several years before and the town’s business and industrial expansion was largely attributed to that group. American Saw Mill Machinery Company and the Lackawanna Leather Company both located here in 1903. Another major industry, the M & M Mars candy company, relocated here from Newark in 1958.

Today Hackettstown is a thriving community, which retains a good deal of small town charm and atmosphere.

DONATE TO THE BID 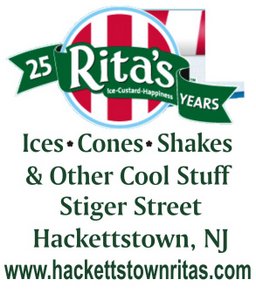