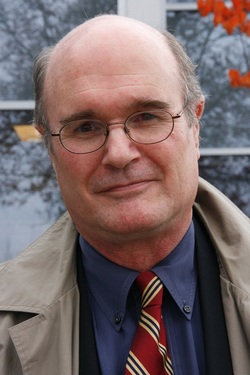 Centenary Stage Company launches its professional theater series with Charles Morey’s adaptation of Bram Stoker’s Dracula October 12 through October 28 in the Sitnik Theatre of the Lackland Performing Arts Center. In addition to providing the adaptation, Mr. Morey will be lending his more than 45 years of professional experience from coast to coast to the production by joining the CSC creative team as director. A potent and theatrical adaptation of the classic horror novel that is strongly faithful to the original. “The script crackles with a vigorous, at times pounding style… wonderfully theatrical… no less erotic than the novel, in fact, it comes across as more so.” (The Event)

November 9 through November 18 Centenary Stage Company’s mainstage season continues with the rolling world premiere of Apples in Winter by Jennifer Fawcett. Developed in Centenary Stage Company’s Women Playwrights Series and supported by the National New Play Network Apples in Winter received the 2015-16 NNPN Smith Prize for Political Theatre. Miriam loves to bake apple pies and today she’s received a special request to make her signature recipe. But this day is going to be different, because Miriam has decided that this will be the last apple pie she ever bakes.

Centenary Stage Company’s annual Family Holiday Spectacular returns to the Lackland Performing Arts Center November 23 through December 9 with Annie: The Musical. With equal measures of pluck and positivity, little orphan Annie is determined to find the parents who abandoned her years ago on the doorstep of an orphanage run by the cruel Miss Hannigan in 1930’s New York. Annie: The Musical features a book and score by Tony Award-winners Thomas Meehan, Charles Strouse and Martin Charnin.

Finally, Centenary Stage Company’s mainstage theatrical season wraps with John Alan Wyatt’s adaptation of Henrik Ibsen’s An Enemy of the People February 15 through March 3 in the Sitnik Theatre of the Lackland Performing Arts Center. The production marks the culmination ofThe Gates Ferry Lecture Series: “What is Truth” (below) led by theatre luminaries Randall Duk Kim and Anne Occhiogrosso. With ripped-from-the-headlines relevance, this high-intensity drama is a powerful investigation of ambition, integrity and the price we pay for truth.

GATES FERRY SERIES: “WHAT IS TRUTH?”

New for the 2018/19 season Centenary Stage Company will be hosting the Gates Ferry Series: “What is Truth?” Led by guest artists Randall Duk Kim and Anne Occhiogrosso, “What is Truth?” will feature two readings, one production, classes and workshops built around classical texts. In this time of “Fake News” and “Alternative Truths” and convenient omission of the facts one is forced to ask “What is truth? And does it really matter?” Both these questions have served as the core inquiry of our greatest playwrights over the last two thousand years.

The program will offer two staged readings including Oedipus Rex “truth un-avoided” on Wednesday, September 19 at 7:30PM and King Lear “truth banished” on Wednesday, November 14 at 7:30PM. Finally, as a culmination of the program a full scale production of An Enemy of the People will be presented February 15 through March 3 (above). In addition to the reading events and production, classes and workshops led by Randall Duk Kim and Anne Occhiogrosso will be offered throughout the season.

Now in its 27th season Centenary Stage Company’s Women Playwrights Series returns through the month of April highlighting the work of women writing for the theatre today. The Women Playwrights Series offers an opportunity for audiences to be a part of the creative process.  Three plays are chosen to be presented in a staged reading format with a professional cast and creative team. Following every reading audience members are invited to participate in a post-show discussion with the playwright, cast and creative team offering audience members the unique opportunity to provide immediate feedback, as well as, provide a platform for the playwright to further develop their work. Through the program one play is selected to receive the Susan Glaspell Award and a full scale production during the following Centenary Stage Company mainstage season.

Centenary Stage Company offers a variety of season subscription and flex pass options. Season Producer Package offers patrons up to 70% in savings and admission into 16 CSC events (including Paula Poundstone Curtain Up! event) during the season. Additional benefits including advance season renewal with preferred seating selection, no restrictions on the date/time of performance selection, cost savings equivalent to $10 – $13 off per adult ticket and no order, exchange or mailing fees. Season Producer Package is $250 for single patron.

Flex Pass options include Series A (All 4 Equity Theatre Shows) for $100 per patron, Series B (any 6 events) for $150 per patron and Series C (any 3 events) for $84 per patron. Flex Passes exclude the Paula Poundstone Curtain Up! event. Patrons can purchase Flex Passes that best fit their lifestyle and provides patrons with discount ticket prices and the convenience of purchasing tickets at any time for each event. Other benefits include advance season renewal with preferred seating selection, no restrictions on the date/time of performance selection, discounted ticket prices and no order, exchange or mailing fees.

For more information, a complete listing of all 2018 – 19 Centenary Stage Company events visit centenarystageco.org or call the box office at (908) 979 – 0900. Season subscribers or those interested in subscription membership may renew or purchase packages via on-line, by phone or at the CSC box office beginning July 1, 2018. Individual event tickets go on sale to the general public beginning July 8, 2018. The box office is located in the Lackland Performing Arts Center at 715 Grand Ave. Hackettstown, NJ and is open Monday through Friday from 1 – 5pm and two hours prior to every performance.  Centenary Stage Company can also be found across social media platforms; Facebook, Instagram & Twitter.  Like and follow to receive the latest in CSC news and special offers. 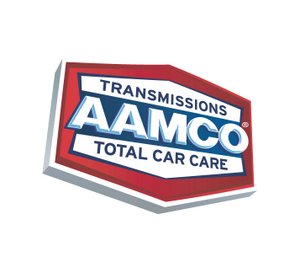