Byram — Benjamin Krymis, a Byram resident, recently rode his bicycle across Australia for charity. Ben’s brother, Shawn Krymis, died in July and wanting to bring awareness to his brothers death, Ben created the Ride for Shawn. It was a 2,600 mile bike ride from Perth to Sydney, Australia. It took Ben and his travel partner 32 days to complete the journey.

On October 27 Ben Krymis left the USA en route to Perth Australia with a layover in Hong Kong. It was a 40 hour trip. In the weeks leading up Ben focused on getting all of his gear organized.

This would be a self supported trip, meaning that there would be no support of any kind. No shipped boxes of supplies waiting at the next stop, no support vehicle following them. It would be two men completely relying on their gear and skills to get them across the country on bicycle. The gear required was everything from GPS navigation and maps, first aid, bicycle repair equipment, camping gear, to food and water supplies.

Krymis’ travel partner was Jon Le Tocq, a native of Guernsey in the UK, who, like Krymis, is a fitness trainer. They met at a workshop in San Diego earlier this year.

Australia is a vast land, very similar in size to the continental USA. This trip would be approximately the same as biking from Los Angeles, California to Charlotte, North Carolina. As you can imagine covering that much geography would show many different types of terrain and environment. All which needed to be prepared for.

There were lots of elevation to climb. There were rainy days. There were days that were over 125 degrees and mornings so cold you had to sleep in your jacket. The sun was big and bright almost every day with a UV index in the extreme range.

Each day would consist of a goal for how many miles to ride. There would be research and Depending on water stops, town locations, wind, temperature and over all conditions. The days trip would be plotted out. There was an overall strategy but with so many conditions involved there was a great amount of hour by hour planning. They would get to the targeted area and begin looking for a place to camp. Ideally one with drinking water and a shower.

Once a site was selected it would be full camp set up and begin planning the next day. This went on for 32 days.

Each day on average consisted of a 80 to 120 mile bike ride. Taking anywhere from 8 to 14 hours including stops. There would be no rest days. Traveling on a touring bike is much more demanding than a standard road or racing bike. They move slower and are carrying lots of gear on the side bags.

The conditions were extremely harsh. From zero water available to extreme heat and clouds of flys and mosquitos all with not exactly knowing where food or sleep would be that evening. There were equipment problems that needed to be repaired with only supplies on hand.

But in all that, there would be such beauty. The plains and the outback in that enormous land, everything is unique. The plants and the animals. Everything is a little different than anywhere else in the world.

The sunrises and sunsets were just picturesque. A huge sun rising and setting over the outback with the entire sky being red and orange. “This epic adventure was nothing short of life changing.” Ben Krymis said. “It was just so difficult at times and just so gratifying to complete. Being on the bike for 32 day with no rest days really brings you to places you didn’t know you had deep inside yourself,” As far as Ben knows. there isn’t more than a small group of people from the US who have done something like this. He may be one of only a few people in New Jersey to complete a journey like this.

Along the way Ben and Jon had to rely on the kindness of strangers, rely on the advice and recommendations of locals to get them through this journey. Without the conversations and friendships made with the Australian people this trip would not have been successful. One time, they even had to flag down cars because they ran out of water.

The trip started when Ben dipped his front bike tire into on a beach in Perth into the Indian Ocean. It concluded with dipping the front tire into the Tasman Sea with a back drop of the Sydney Opera house and Harbor Bridge.

Krymis is the CEO and co-owner of Strong Together Fitness and Achieve 24 Fitness with locations in Hackettstown, Chester, Roxbury, and Elmwood Park. Daily videos were made and can be viewed on his youtube channel and Facebook page. To donate for the Ride for Shawn, please visit RideforShawn.com. One hundred percent of the donations will go to the Market Street Mission in Morristown to help people who are in need.

Originally posted on The Sparta Independent 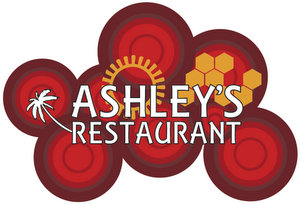