Two individuals with strong ties to the Hackettstown community will be recognized by the Mount Olive Area Chamber of Commerce at its annual awards dinner on June 8 at Rutherfurd Hall in Allamuchy. 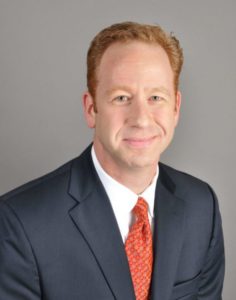 Jason Coe, President of Hackettstown Medical Center, has been named the Chamber’s Business Person of the Year. Elise Holck-Rapp, owner of Calico Flowers in Hackettstown, is the organization’s Humanitarian of the Year recipient. Both will be honored at the dinner.

“Two excellent choices,” said Andrea Kirchuk, President of the Mount Olive Chamber. “Jason and Elise are very involved in the community and in their own ways, have made a real difference.”

Coe, MBA, became the president of what is now called Hackettstown Medical Center on January 1, 2011. Prior to becoming president, he served as the chief operating officer from 2003 until 2010.

Elise Holck-Rapp, owner of Calico Flowers, has been named Humanitarian of the Year.

Coe was responsible for the management of the $27.5 million West Wing expansion in 2004 and construction of the West Wing Medical Plaza Building in 2005. He was also directly responsible for facilities management and security, emergency preparedness, development of several new clinical programs and administrative management for a number of Medical Center departments. Most recently, he successfully led the organization through a transition to Atlantic Health System, and currently serves as a Vice President for Atlantic Health System, and President of Hackettstown Medical Center.

Coe is a dedicated member of the Hackettstown Rotary Club and served as President from 2009-2010. He is also a past Chairperson of the Rotary club’s Memorial Motor Madness. He also serves as a trustee for Centenary College. In 2013, he was honored by the Boy Scouts by receiving the Warren County Good Scout Award.

He resides in Stewartsville, New Jersey, with his wife Stacey and two children.

Holck-Rapp is an admirable and truly deserving selection for the Humanitarian Award, in memory of Tom Klecka, a community stalwart from Mount Olive.

Holck-Rapp has helped with fundraising (in many cases anonymously) for the Hackettstown Medical Center Foundation, was honored as a Friend of The House of the Good Shepherd Retirement Community, provides her time and efforts to The Arc of Warren County’s Radiothon, Abilities of Northwest Jersey, DASACC, the American Legion, Soroptomists of Hackettstown, Heath Village, and several churches in the area, and many other non-profits. 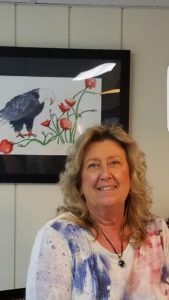 Holck-Rapp, one of those people who would help out anybody, grew up in East Hanover, worked at Morristown Memorial Hospital and as a restaurant manager, and several years ago, bought Calico Flowers on Willow Grove Street.

“I always felt drawn to mission,” she said.

Holck-Rapp, an avid golfer who once won a car in a hole-in-one contest, lives in Landing with her husband Jim. She has a daughter, Melissa, who is married, and is the grandmother of two.

Tickets for the awards dinner are $50 each. They can be purchased in advance by going to the chamber website, www.mountolivechambernj.com. 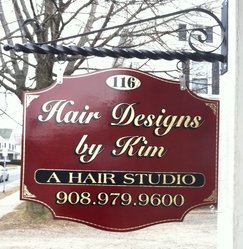