Hackettstown Main Street Halloween Parade and Trick or Treating Saturday October 31 from 3- 5PM at the Main Street Gazebo on the corners of Main Street and Moore Street.

Lineup for the parade will start at 2:30PM along West Plane Street. The parade route will lead up Main Street along the sidewalk to the Gazebo from West Plane Street. At precisely 3PM the parade will begin and paraders will march along the west side of Main Street ON THE SIDEWALK  up to the gazebo. The parade should last 10-15 minutes and will be made up of 4 divisions: Infant – 3 years old,  4- 6 years old, 7- 10 years old & and finally a Pet Division. Prizes will be awarded for the BEST costumes in each division, pets included.

Various Merchants along Main Street will also be handing out candy to all trick or treaters who stop in their stores. Each participating store will have a traditional Pumpkin window sign displayed in their window to indicate they are giving away candy and/or a Teal Pumpkin to show they will be giving an alternate gift. Merchants have agreed to extend their giveaway times from 2PM through 5PM in an effort to allow children to visit as many locations as possible. 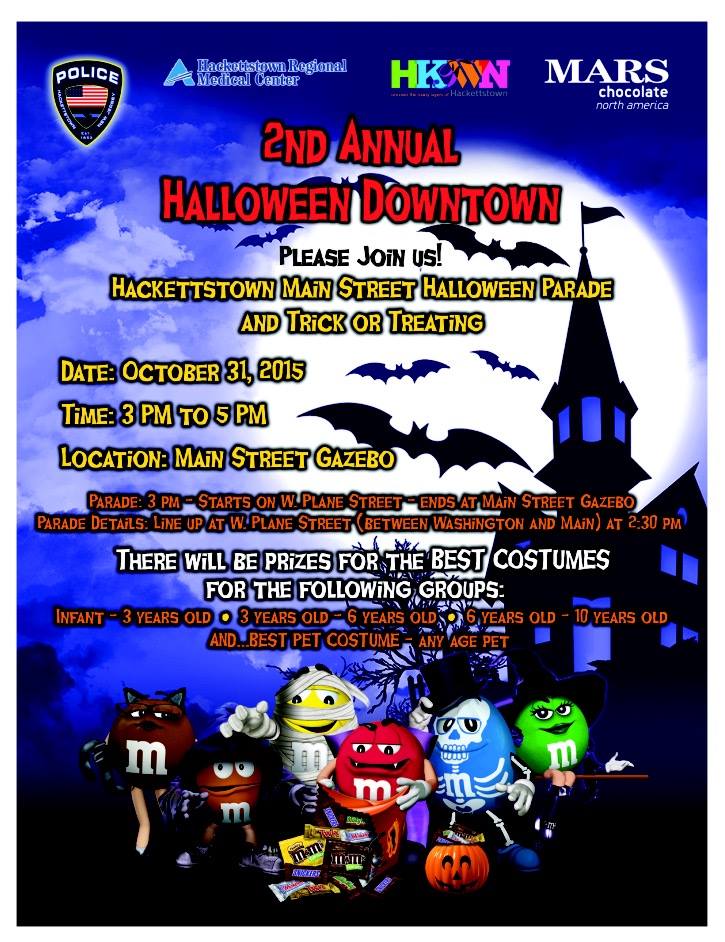